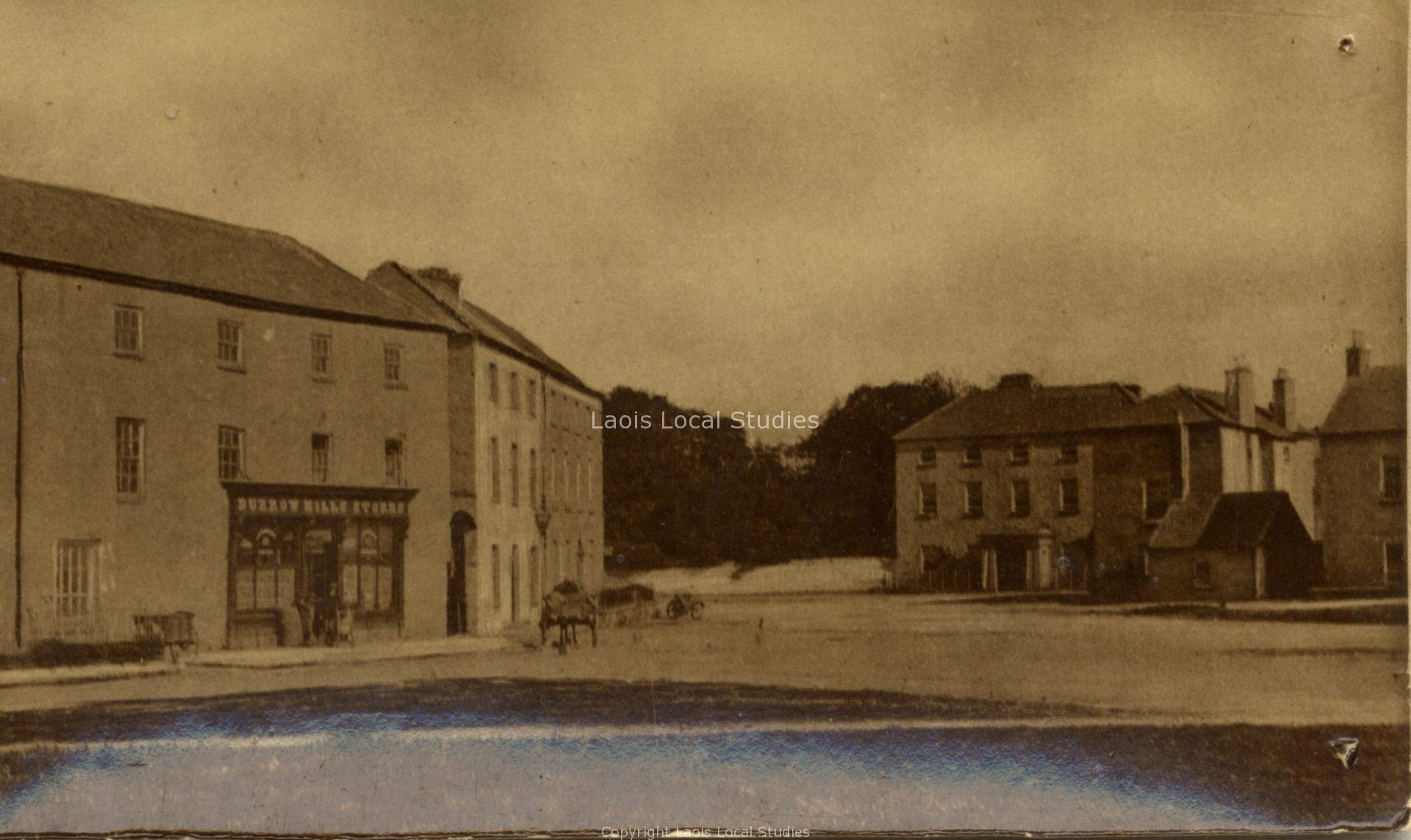 On Wednesday the 12th of April 1922 there took place a meeting of, what some newspaper reports called, the “Protestant Unionists of Durrow and District”.[1] This assembly was in response to events in the north-east of Ireland and for this reason in this article we’ll have to delve into Belfast for a while before returning to Durrow, and to the meeting, and to County Councillor Ernest Mercier who was one of the people involved in the Durrow meeting.

Growing violence in the North.

In most of Ireland we have perhaps a tendency to think of the year between the Truce in July 1921 and the bombardment of the Four Courts in June 1922 as a time of uneasy peace. However, in Belfast it was anything but. Moreover, with 498 deaths in just over two years Belfast saw levels of violence comparable to Cork or Dublin, the places that loom so large in our memory of the period.[2] Unlike what was happening elsewhere in the island in Belfast the vast majority of the killings were of non-combatants, that is of people who were neither members of the Irish Republican Army nor the crown forces.[3]

In the words of historian Kieran Glennon the “most savage and most prolonged peak of killings . . . came in the spring of 1922”.[4] What occurred in these months was fundamentally different from earlier periods of violence in 1920 and 1921.  Earlier conflict had been characterised by comparatively short episodes of bloodletting, by contrast in the spring of 1922 what was happening was sustained violence.[5] Similarly, while the Nationalist death-toll was always disproportionate to their numbers in Belfast, in absolute terms the clear majority of the dead were on the Nationalist side in the early months of 1922, whereas things were more evenly-matched before then.[6] As an aside it is worth bearing in mind that the beginning of Unionist violence in Belfast in 1920, the shipyard expulsions in July, when people were driven from their workplaces, had both Catholic and Protestant victims. So-called ‘rotten Prods’, who were perceived as insufficiently loyalist, were also expelled.

A fearful present and fears of the future.

All that’s perhaps a fairly dry and factual way of looking at it. What probably drove perceptions as much at the time were particularly brutal attacks. Notably on the 24th of March 1922 there was the McMahon family killings, where a prominent Catholic businessman, four of his sons and one of his employees were slain in what was a concerted effort to wipe out all male members of the family. An even worse horror had taken place the month before in the form of the Weaver Street Bombing — a deliberate assault on children which left six young Catholics dead.

This was against a backdrop where there were increasing hostilities, especially in the Border counties, between the Irish Republican Army – of both pro-Treaty and anti-Treaty varieties —and the crown forces. These culminated in clashes in Pettigo in June 1922, which actually involved the British Army, whereas previously it was typically the I.R.A. versus police or ‘B’ Specials. A further important context was the transfer of control over local ‘security’ from London to Stormont in November 1921. All in all if you were alive back then you might have reasonably been expecting a different war in the near future from the one that started in Dublin on the 28th of June 1922. Indeed, while partition was not that much of an issue in the Civil War as such, both anti-Treaty and pro-Treaty sides being opposed to it, nonetheless the start of the conflict in the South was very much interlinked with the ongoing conflict in the North.

The meeting in Durrow on the 12th of April 1922, made the following resolution, as proposed by Laois County Councillor Ernest Mercier:

“That we, representing the Protestant population of all denominations in the neighbourhood of Durrow, are unanimous in expressing our satisfaction at the good feeling which has always existed and continues to exist twixt us and our Roman Catholic fellow-countrymen. We deeply regret that such good feeling does not exist in the north-east of Ireland, and we lament the crimes that have been committed there and elsewhere. We have not been subjected to any form of oppression or injustice by our fellow-countrymen, with whom we, as Protestants, have fully maintained our normal cordial relationships during the political disturbances of recent years, and it is our sincere wish that the good feeling that we enjoy is the best guarantee for a successful future for this country which successful future and neighbourly feeling must be the aim of all good Irishmen under whatever Government we live.”[7]

This sort of gathering and this sort of resolution was by no means confined to Durrow. In fact it constituted one part of something that was like a brief national movement under the banner “Southern Protestant Appeal”.[8] Locally there were, for instance, similar meetings held with similar pronouncements made in Stradbally,[9] Athy,[10] Carlow,[11] Castledermot,[12] and Nenagh.[13]

Who was Ernest Mercier?

So who was Ernest Mercier? In 1922 he was a County Councillor and he was on more localised bodies —Abbeyleix District Council and Abbeyleix Board of Guardians.[14] As well as his political involvements he was an active and prominent lay Methodist.[15]  Professionally he was a mill owner and auctioneer. Despite the “Protestant Unionists” description of the meeting in some newspapers, there is no indication he was in fact a Unionist, and some evidence to the contrary.

Mercier was part of an August 1920 meeting of Magistrates and Deputy Lieutenants of the Queen’s County that passed a resolution in favour of “the fullest measure of Dominion Home Rule that may be compatible with the integrity of the United Kingdom”.[16] He actually played a prominent role in that meeting – seconding the motion put forward by the Viscount de Vesci. This seems to have been a watered down version of the demand for 32-county dominion status as advocated by the Irish Dominion League. Dominion status involved membership of the Commonwealth, and a continued role for the British monarch, as in the Treaty. There is some indication that Mercier was a supporter of the Irish Dominion League,[17] which was established in 1919 by Sir Horace Plunkett the promoter of agricultural co-operation.

Even earlier, in 1913, during the Home Rule crisis, Mercier was recorded taking part in another Protestant meeting, one standing in protest against “the introduction of religious differences into party politics”. More specifically that was a protest against the Unionist argument that there were confessional grounds for supporting the Union, against the claim that a Home Rule parliament would launch religious persecution.[18] He was also recorded as being involved in supporting expelled shipyard workers in 1920,[19] so the sentiments expressed in Durrow in April 1922 were not a new commitment on his part.

[2] Kieran Glennon, ‘The Dead of the Belfast Pogrom – Counting the Cost of the Revolutionary Period, 1920-22’, The Irish Story, https://www.theirishstory.com/2020/10/27/the-dead-of-the-belfast-pogrom-counting-the-cost-of-the-revolutionary-period-1920-22/#.YYBmMXrLdy0