Laois County Library and Laois Historian-in-Residence, Terry Dunne, are hosting a three part series of online talks exploring Laois and Ireland in Revolution. The series, which is part of the Laois County Library Decade of Centenaries Programme, aims to highlight aspects of Laois history previously overlooked, such as revolutionary women, the labour movement and Civil War activities.

Revolutionary Women, the first talk in the series, will take place online on Wednesday 4th May 2022 at 8 pm. Join Sinéad Holland (Laois Local Studies) and Terry Dunne (Laois Historian-in-Residence) as they talk about women involved in Cumann na mBan and in the labour movement locally. They will be joined by renowned historian Liz Gillis, author of ‘#WomenoftheIrishRevolution’ Tickets are available, free of charge, from Eventbrite.

Revolutionary Workers, the second talk in the series, will take place online on Thursday 16th June at 8 pm. Terry Dunne will talk on his chapter in ‘Bread not profits: provincial working-class politics during the Irish Revolution‘, a new collection of essays on the labour movement. The chapter looks at the Portarlington Sawmills Lockout of 1918 and the Clonaslee Farm Strike of 1922. Francis Devine, author of ‘Organising history: a centenary of SIPTU, 1909-2009’, and editor of ‘Bread not profits’, will discuss how the Laois experience fits into the national pattern. This event will take place on the anniversary of the first election in the Irish Free State, in which William Davin, of the Railway Clerks’ Association, won 46.54% of the votes in the Laois-Offaly constituency.  Tickets are available, free of charge, from Eventbrite.

Revolutionary War, the final talk in this online series, will take place on Thursday 30th June 2022 at 8 pm. Join Michael Rafter and Terry Dunne in conversation about the course of the Civil War in Laois. Michael Rafter is the author of the ground-breaking local study ‘The quiet county: towards a history of the Laois Brigade I.R.A. and revolutionary activity in the county, 1913‒ 1923’. The talk takes place on the eve of the 100th anniversary of the first shots being fired in the Civil War in Laois. The event took place on the Durrow Road outside Abbeyleix (July 1st 1922) and was part of the preliminaries of the Battle of Abbeyleix (July 5th 1922). Cadet James Kealy of the National Army, and a native of Ballickmoyler, died in this clash. Tickets are available, free of charge, on Eventbrite. 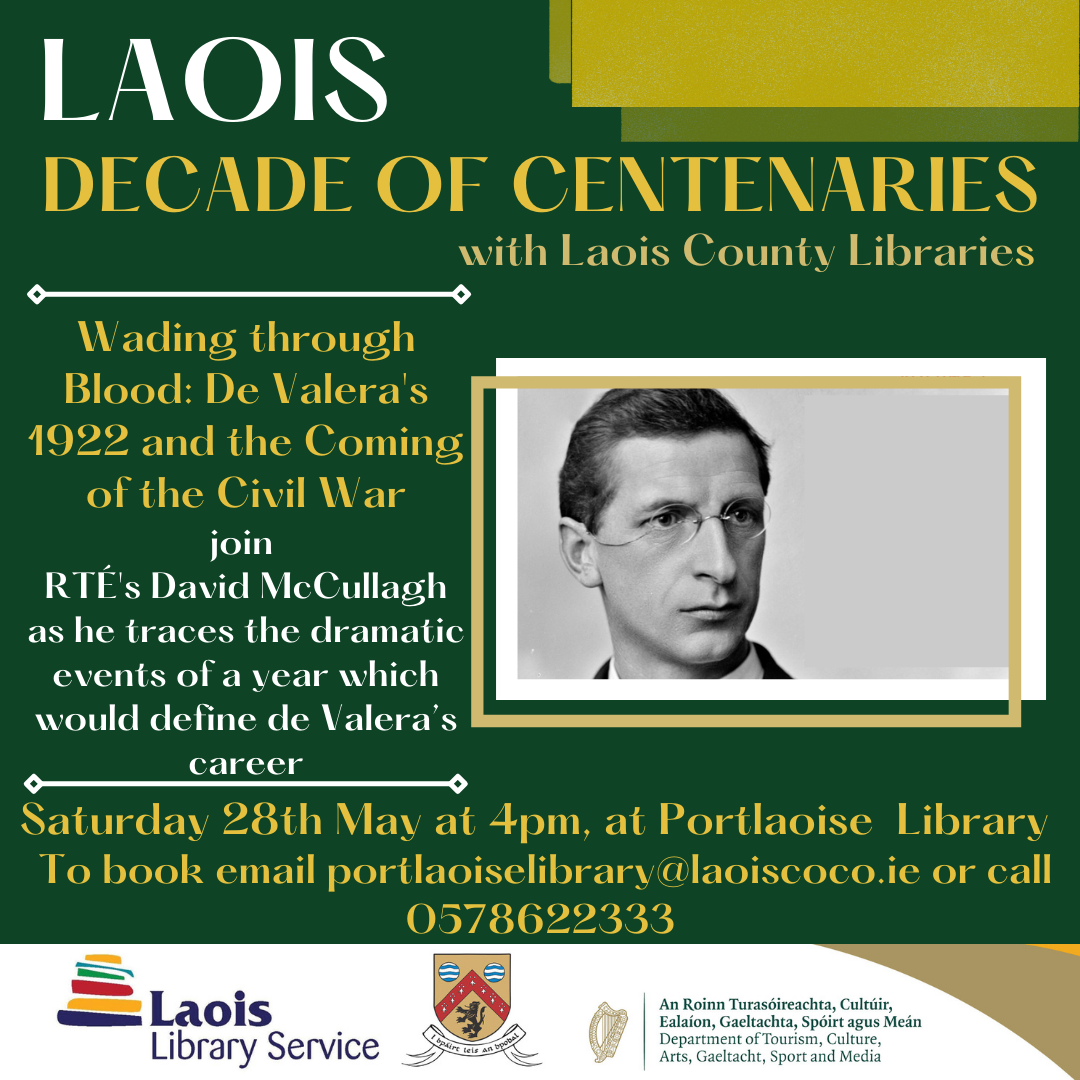 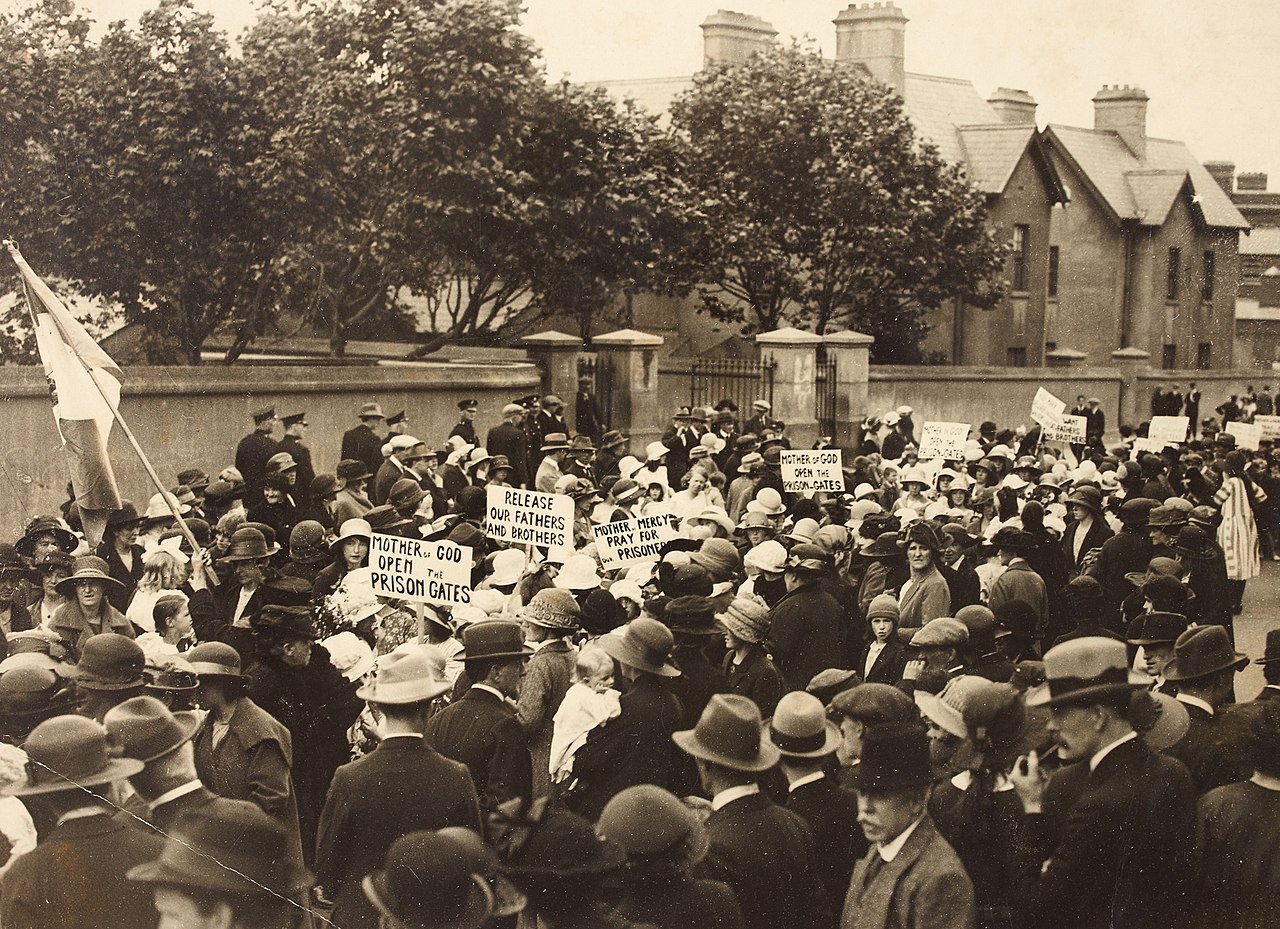 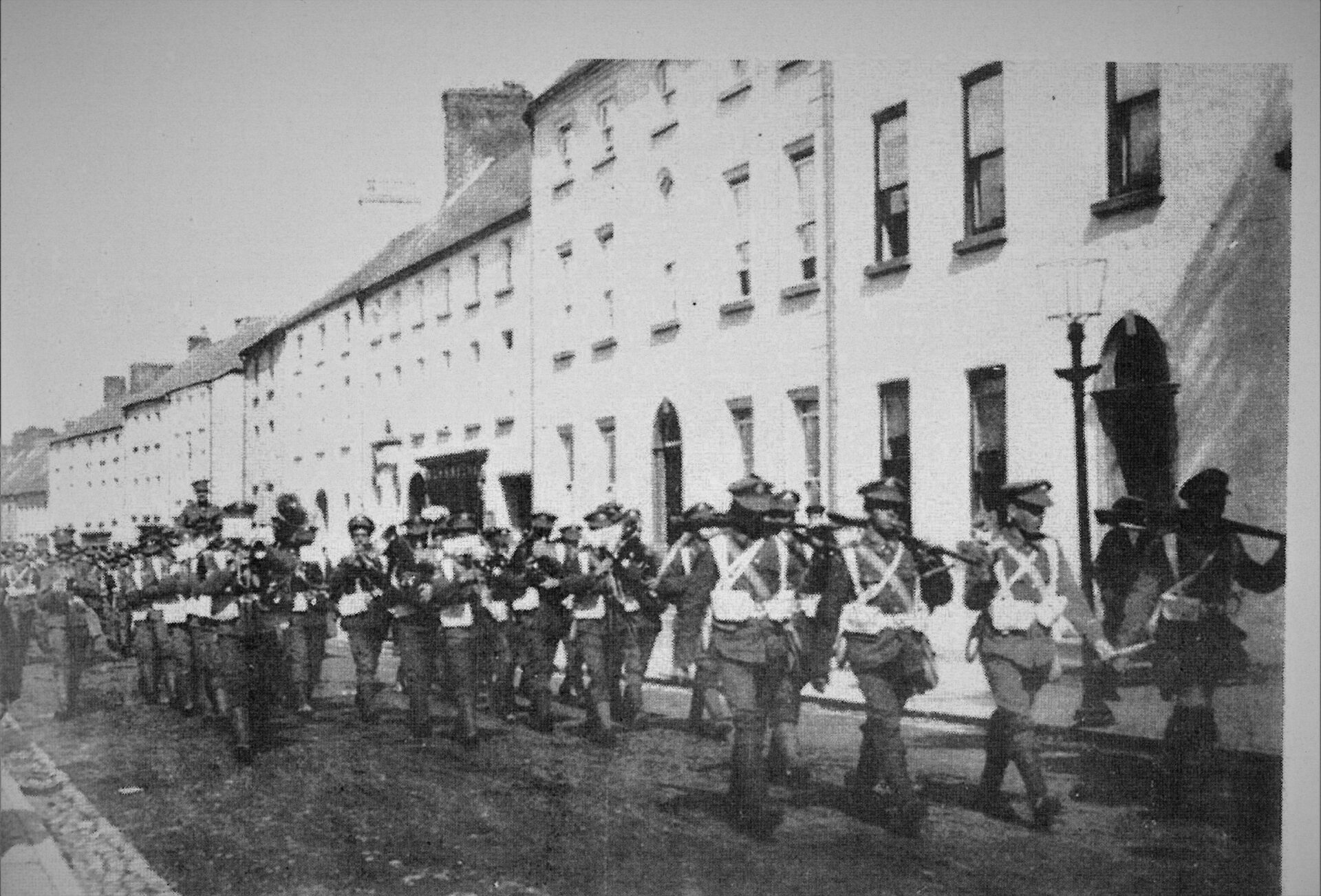