Maryborough (Portlaoise) Town Commission was established in 1855. It received its municipal status under the Town Improvement Act of 1854. The Act allowed for towns with a population in excess of 1500 to adopt the Act, resulting in the town having its own urban authority, legally defined boundary and directly elected public representatives. The Maryborough Town Commission held monthly meetings at which a broad range of matters relating to the town were discussed. In 2002 the Portlaoise Town Commission became the Portlaoise Town Council. It was dissolved in 2014 as part of local government reform. Unfortunately, the early records did not survive, but a large collection of minute books are available from 1954-2014. 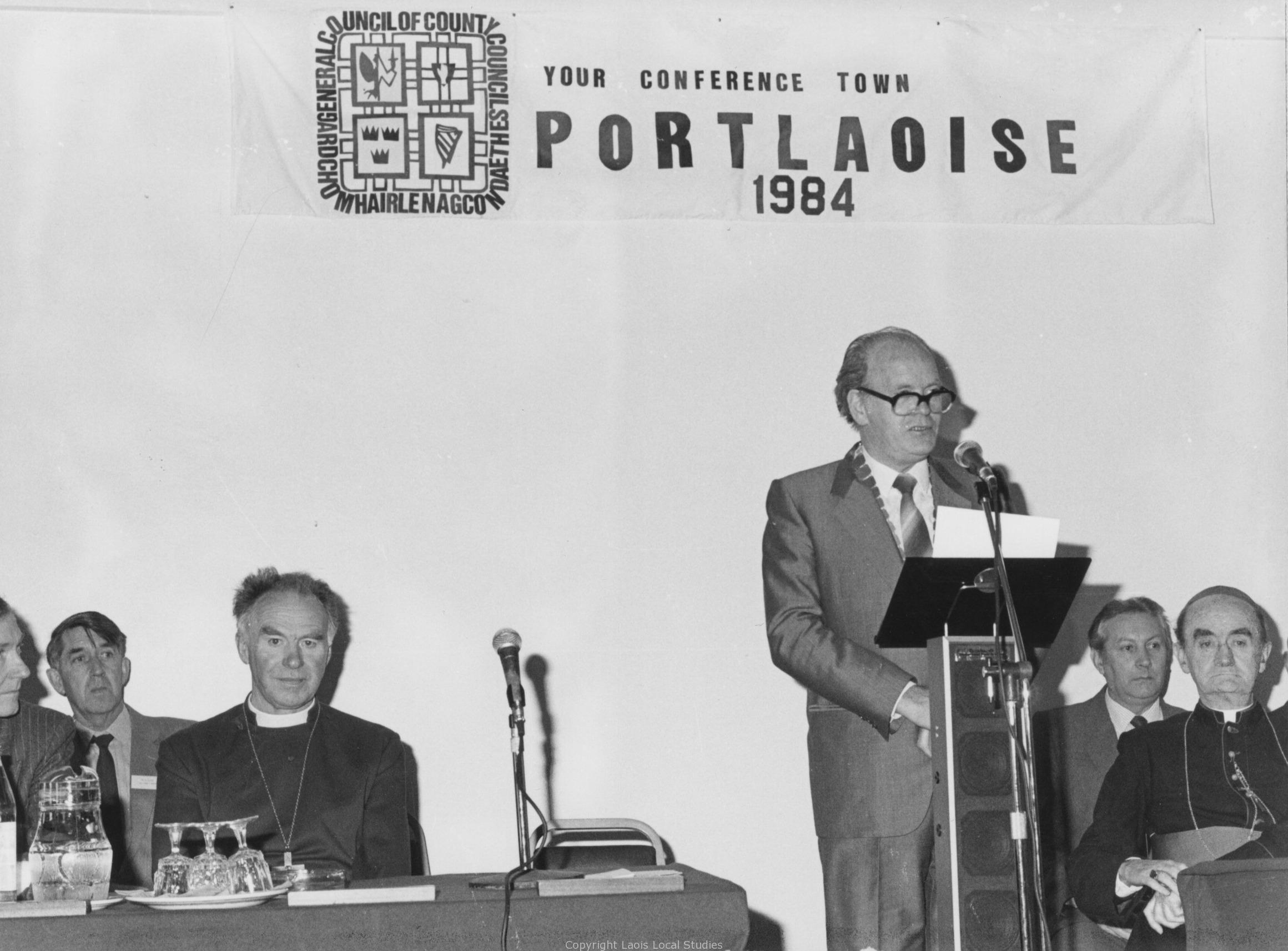 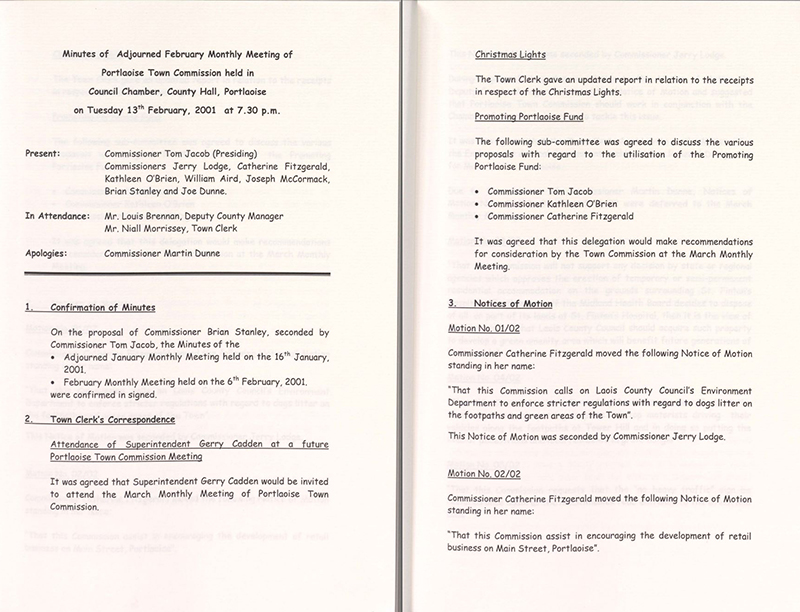