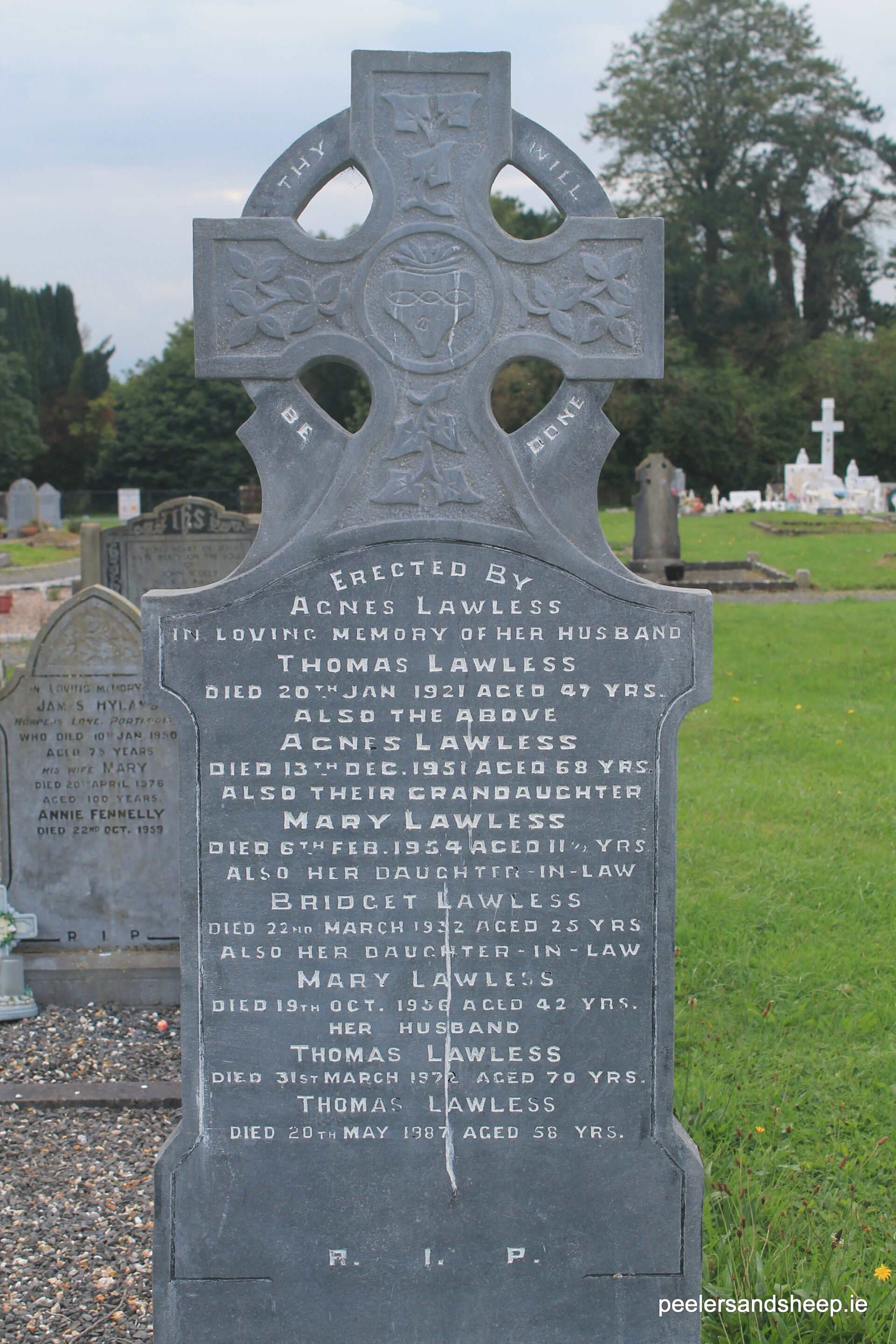 101 years ago Lyster’s Lane, Maryborough, was described in the press as “a poor quarter of the town . . . inhabited by many ex-servicemen”.[1] Many cities and larger towns in Ireland had such areas – identifiable both by the impoverished conditions endured by their residents and by the fact the British Army was a significant source of income for those residents.  It was not uncommon for such people to come into conflict with Irish separatists, who were not unfairly perceived as pro-German in the years of the Great War (1914‒1918).[2] After one such bruising encounter in Limerick Tom Clarke remarked that he could now understand why it took William of Orange so long to take the city. In January 1921 Lyster’s Lane experienced a different kind of violence, more grave in nature, when the violence employed by the British Empire in Ireland started to engulf the people employed by the British Empire to administer violence elsewhere.

From August 1920 to August 1922 Gormanstown military camp along the Meath coast was the training depot for those new recruits to the Royal Irish Constabulary nicknamed ‘the Black and Tans’. The incident in Lyster’s Lane on the 20th of January 1921 relates to a group of Tans travelling from Gormanstown through Laois on their way to the south of Ireland.  That night two such R.I.C. men were drinking with a private of the 1st Battalion Royal Scots Fusiliers, a unit which was stationed locally.[3] After the pub R.I.C. constable William John Wilton led the way down Lyster’s Lane, banging on doors demanding admission with unholstered revolver in hand. At least according to evidence presented in court Wilton was seeking lodgings for the night, though as the travelling Tans were supposedly accommodated in Kelly’s Hotel how true that version of events is might be another question. Whatever the case may be the last door was that of Thomas Lawless and Wilton fired a shot through it, fatally wounding Lawless. Wilton was imprisoned for manslaughter, receiving a sentence of ten years, but he only served a small fraction of it. No fault, it should be said, was ascribed to his companions of that unfortunate night.

47-year-old Lawless left a widow, Agnes, and seven children. He seems to have had a long military career – having served in France in the elite Irish Guards at the relatively advanced age of his mid-40s.  He was described by the Leinster Express as a “quiet, hard-working man” belonging to a “family that has given fourteen soldiers to the nation”.[4] There was an “immense attendance” at his funeral as the “Lawless family is an ancient one in the town”.[5]  The description went on:

“Thomas Lawless, having served in the Irish Guards during the war, was entitled to, and was accorded a military funeral. A detachment of the Scotch Fusiliers, at present stationed in the town, attended as a guard, with arms reversed. The coffin was covered with the Union Jack. About 100 of the ‘Comrades of the Great War’ formed part of the procession, which wended its way to the Cemetery, and where the customary rites were performed by the Rev. J. Doyle, C. C. The remains having been committed to the earth, a firing party discharged a volley over the grave, and the bugler sounded the ‘Last Post’.”[6]

To us today that seems like a very strange funeral service for someone who was a victim of the Crown forces. The slaying of Thomas Lawless was not the only occasion in which military veterans were the victims of assailants in British uniforms. For instance, ex-solider James Burke was bayonetted to death on the street in Cork in July 1920. What seems to have happened in the case of Thomas Lawless was, at least initially anyways, responsibility for his death was attributed to an individual rather than an institution. Serving police and soldiers rallied to his widow’s aid, as did ex-servicemen, and Wilton was quickly put on trial.[7]

[2] John Dorney, ‘The Rabble and the Republic’, The Irish Story, https://www.theirishstory.com/2013/08/08/the-rabble-and-the-republic/#.YeTTLibLdy2